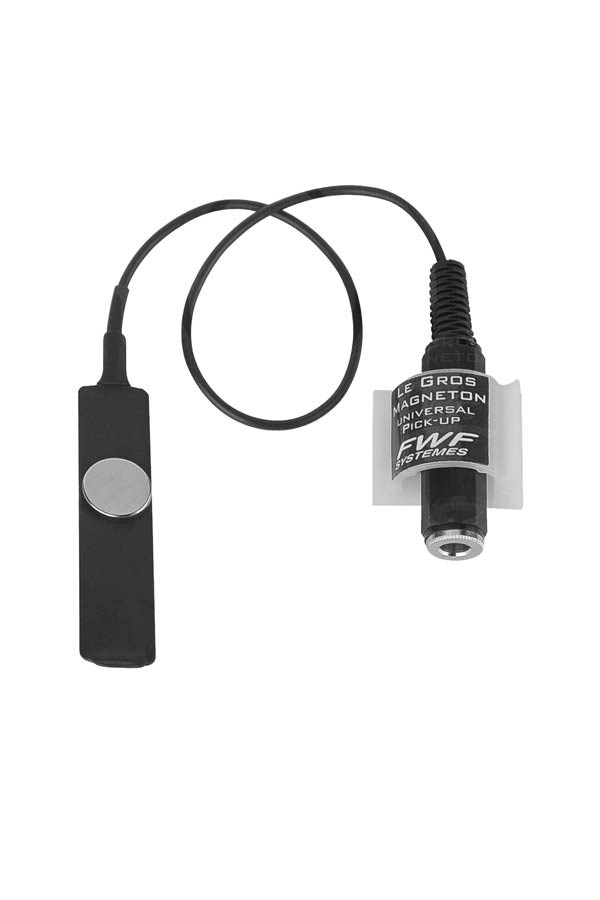 The “gros magnéton” pickup is a a very special very powerful passive piezo pickup with a magnet as tone controler. This feature helps any musician adapting it to its instrument, from bowed instruments to percussions.
The piezzo is +-7cm long and 6mm thick included magnet.

FWF PICK UP systems, entirely hand made in France by Franck Fromy, an engineer whose passion in life is to create perfect sound reproduction.

Twenty years ago Franck created his own company in Paris, meeting the demanding needs of professional musicians for custom built pick- ups and superior microphones.

A standard product was developed and word spread!…..now many of France’s top musicians are using Franck’s pick- up system, and enjoying the wonderful natural sounds it brings with it.

Today Franck Fromy lives and works in central France, dedicating all his time to producing the now internationally recognised FWF line of pick-ups and microphones, making many new friends in the process!